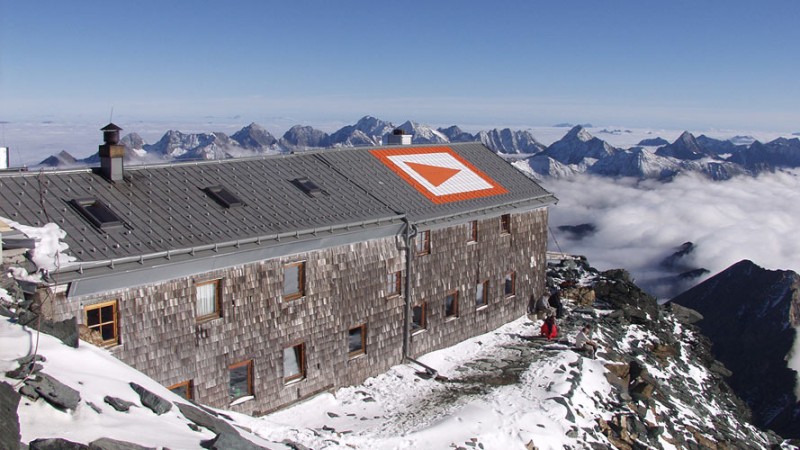 At an altitude of 3,454 m, the Erzherzog-Johann Hut on the “Adlersruhe “of the Großglockner Mountain is the highest Alpine shelter in Austria, and, next to the Rifugio Marco e Rosa (3,609 m, Bernina) and the Rifugio Vioz-Mantova (3,535 m, Ortler Area), the third highest shelter of the Eastern Alps. During the first climbing attempts on the Großglockner Mountain in the summer of 1799, the climbers already constructed the first shelters on the Adlersruhe, the so-called “Hohenwarten” (high altitude watch towers).

The Austrian Alpine Club was founded in 1878 in Vienna and has strong ties to Austria’s highest mountain: As the “owner” of the summit cross and of 114 m² of the summit surface on the Tyrolean side, as well as of the Erzherzog Johann Hut, the Club’s only refuge. Its location perfectly symbolizes the Club’s cross-national philosophy: The border between the two provinces of Tyrol and Carinthia runs right through the refuge. The shelter is very popular as it is the perfect base for the normal ascent: From there, it takes only one and a half or two hours to climb to the summit (dependent on the number of alpinists). From the summit you enjoy a magnificent panoramic view from the Dachstein to the Dolomite Mountains and the sunset up there is just breath-taking! 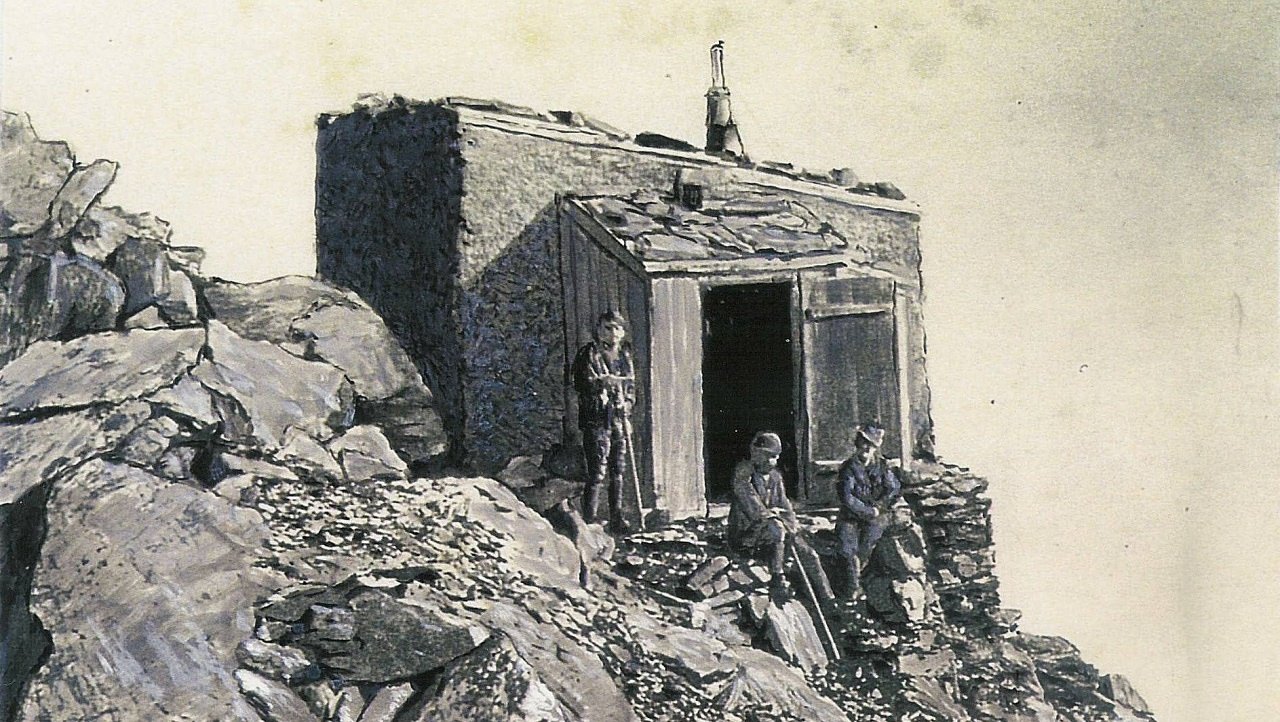 Built in 1880, repeatedly enlarged and renovated, the hut at its exposed position is the Club’s pride and problem child at the same time. Only a space station is more difficult to maintain! 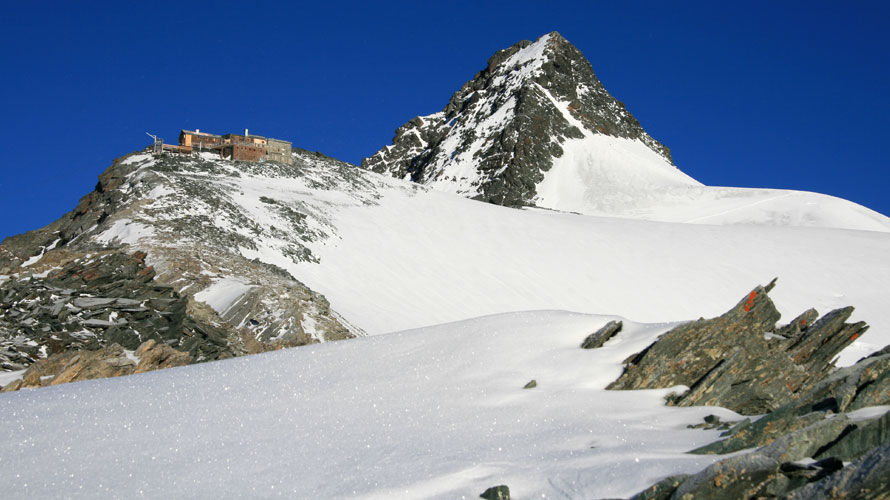 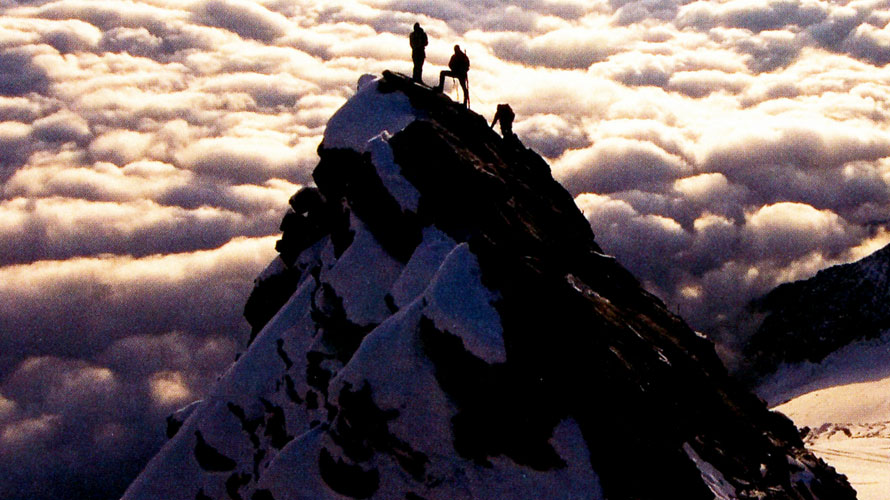 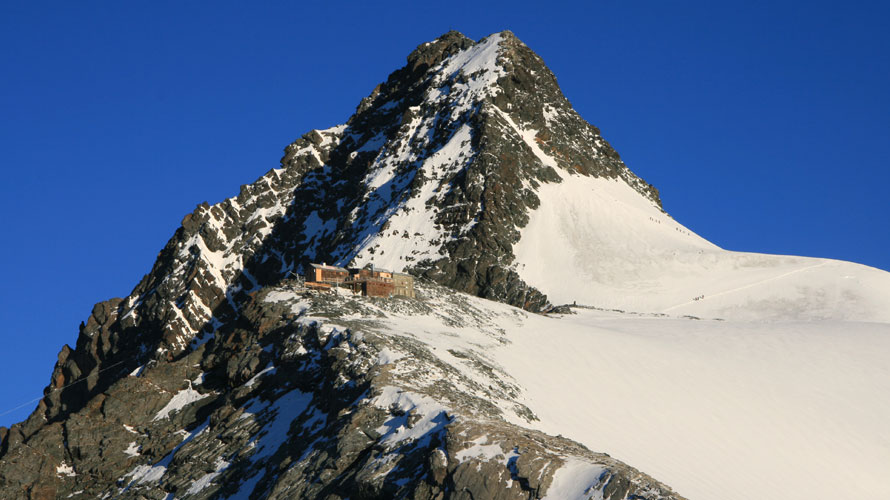 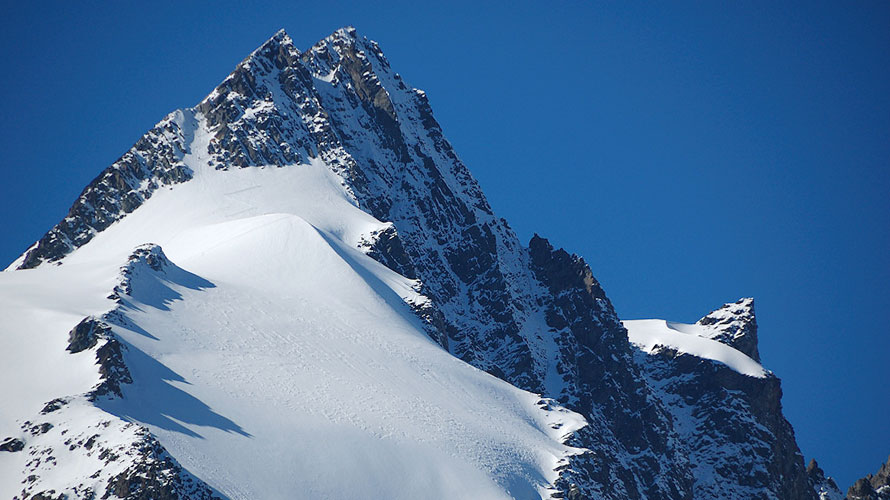 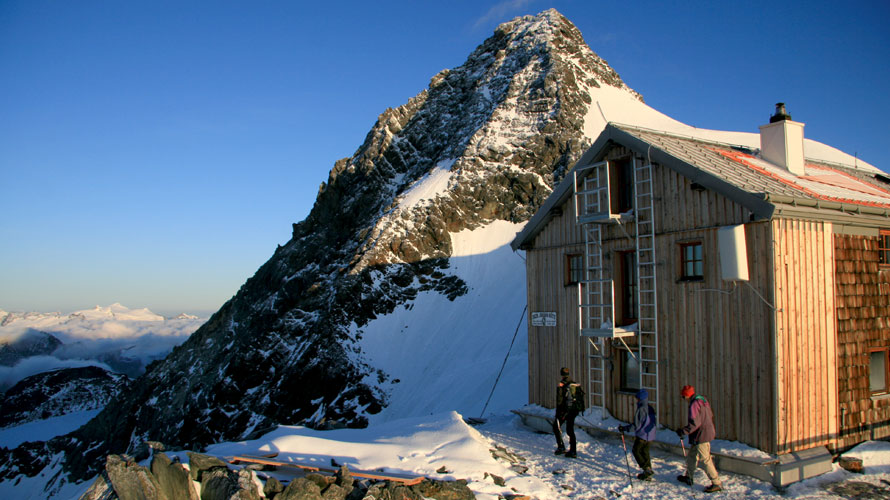 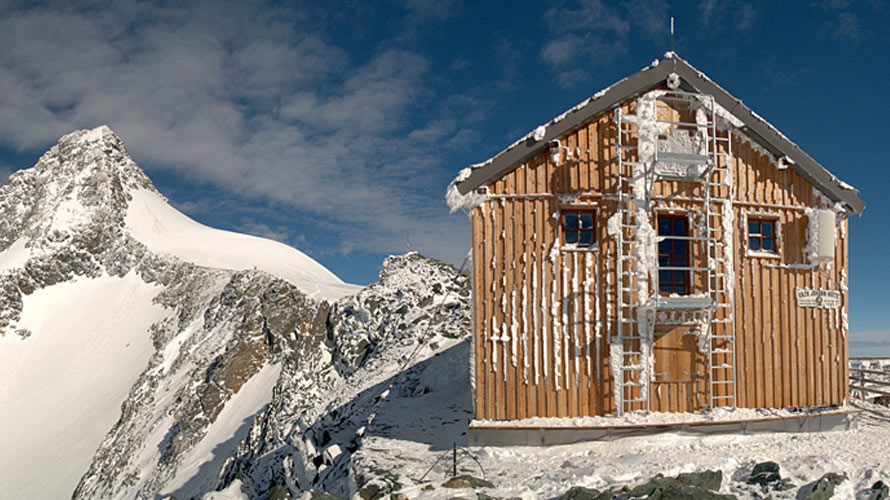 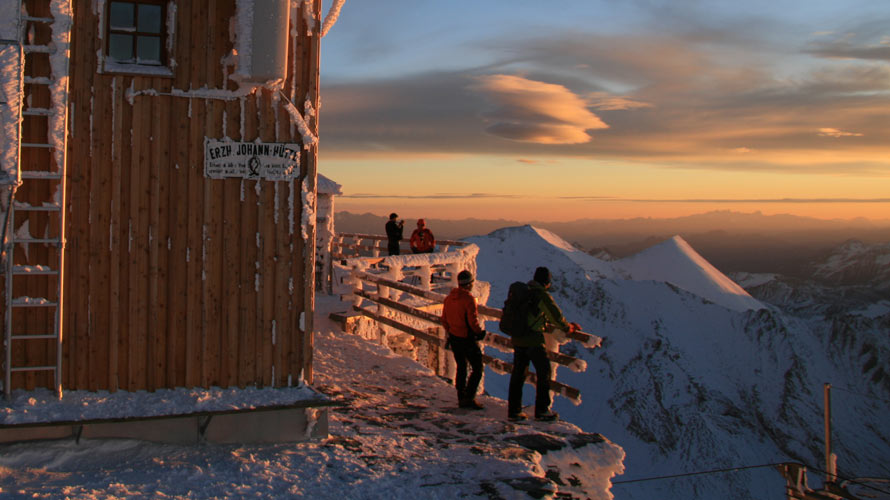 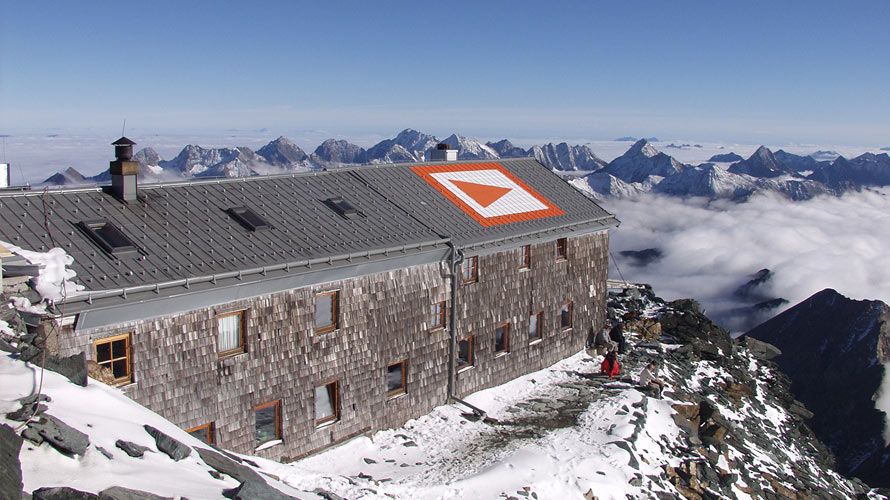 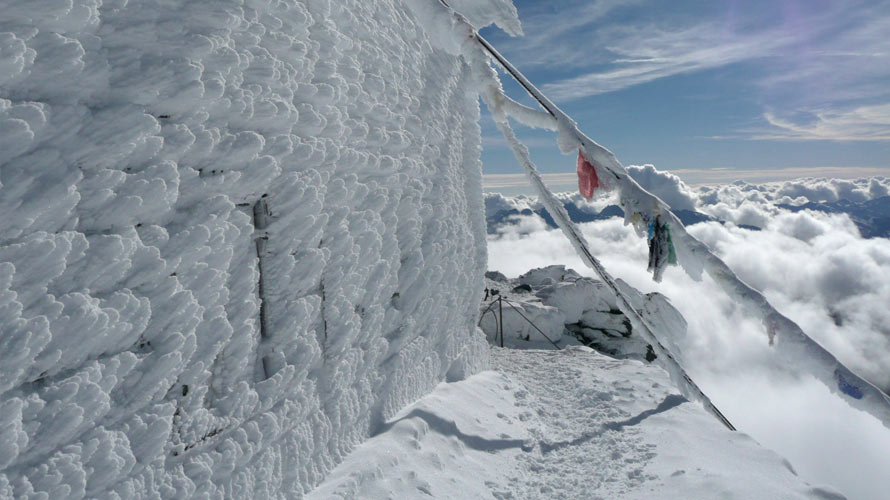 Ascents: From Kals in East Tyrol via the “Alte Kalser” or on the Mürztaler Trail (via ferrata), approx. 5 hours; from Heiligenblut via the Fürstbischof Salm Trail, approx. 6 hours. The Mürztaler Trail was erected in 1906 by mountaineers from the Mürz Valley in Styria, which earned them the admission to the Austrian Alpine Club. A few years ago, the mountain guides and ski instructors of the Großglockner Region rebuilt this trail securing it in part with safety rods, ropes and wooden steps (chicken ladders). The trail route is also indicated in the maps of the Austrian Alpenverein Club.

From the Ködnitz Glacier you follow the trail to the Burgwartscharte (3,114 m), not to the Stüdtl Hut. Along an easy ridge, the “Blaues Schartl”, you first reach the Kampl and then the Erzherzog Johann Hut. Even in case of avalanche or rock fall hazard on the upper Ködnitz Glacier, the Mürztaler Trail provides a safe ascent to or descent from the Erzherzog Johann Hut. 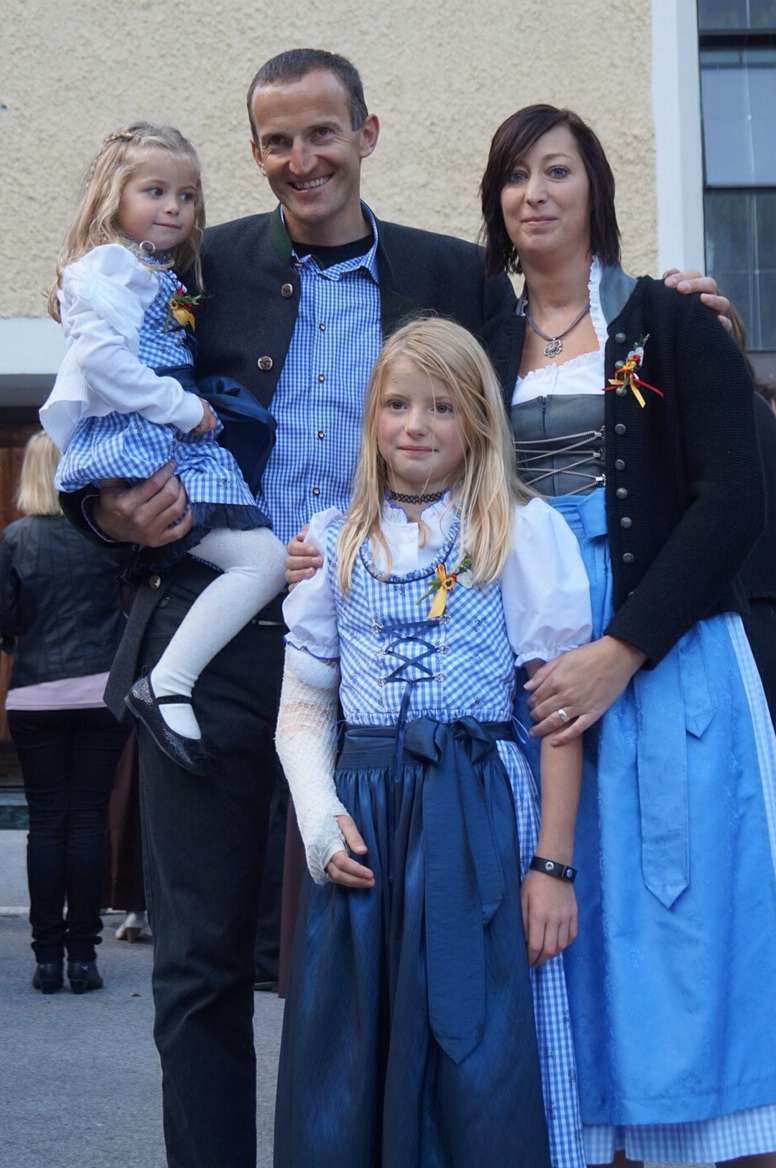