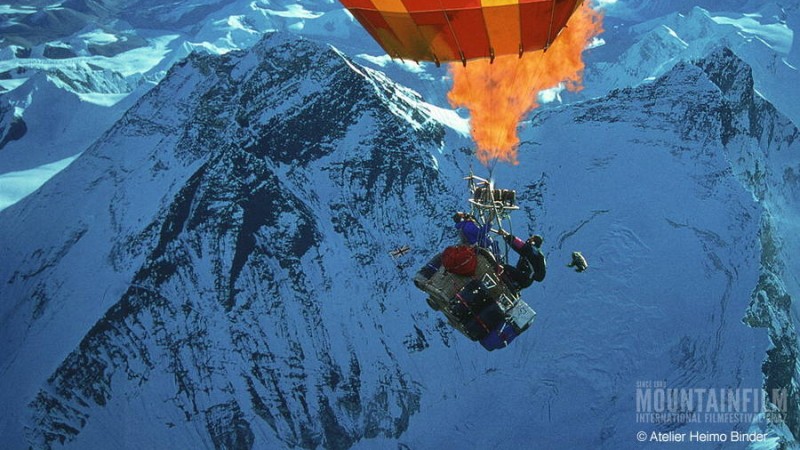 It all started on the south coast of England at the Royal Marines Parachute Club in Devon. The year was 1994  –  I was making a film for Channel 4 TV entitled  ‘Dead Men’s Tales’ about men and women who had had narrow escapes parachuting and several of the Marines were both my friends and my actors.

Half a mile away was another parachute club run by a guy called Ian Louttit. Unsurprising there was quite a bit of enmity between the two clubs as both were operating on the same airfield – in the same airspace – at the same time.

Almost a recipe for disaster – as any air traffic controller will tell you.

One was funded by government money – one was a private enterprise and struggling. Some years later this clubhouse was burnt down – caused – if rumour was to be believed – by self inflicted arson. Who knows.  Some years later Ian Louttit died in a head on car crash not far from the airfield.

That day I was watching his civilian plane dispatch first time students but the exit spot was wrong. One student landed at the side of a long wood – the next right in the middle of the forest.

Anyway that was Loutitt’s problem, but that day he was not on the DZ. Several people rushed across to try and assist the first time student who, we learnt was a 16 year old girl.

I don’t know where the saying ‘running round like headless chickens’  originated or whether there is a German equivalent – but the thought flashed through my mind.

The girl was suspended 30m above the ground and not without reason was very frightened.

No one knew what to do.

Someone called the fire brigade which made it their problem.

One of the Marines was a friend called Stevie Groves who was in the Arctic Warfare Cadre and had survived the Falkland campaign in 1982 although only just. An Argentinean sniper had put a 7.62mm round through his chest. It just missed his heart but he remained conscious enough to jab two syringes of morphine into the exit wound before passing out.

He woke up on the hospital ship HMS Uganda but told me his main concern was that he shared a ward with Argentinean conscripts that the Brits had rescued. They were all babbling away in Spanish.

Being a climber I asked Stevie if he had a rope – he had.

Armed with a rope – a karabiner and Mandy to belay me  – we wandered over to the woods to see if anything had happened to the girl. The fire brigade had not arrived and she was crying.

I don’t blame her – she had now been dangling for over an hour 30m above the forest floor.

While I uncoiled the rope Mandy tried to reassure her making promises she could not keep.

You do that in situations like this. “It’ll be alright love “ when you know it might not be.

Climbing cliffs had occupied most of my teenage years and before that – as a child – trees.  I remember once proudly proclaiming to no one in particular that if there was a bird’s nest at the top – there wasn’t a tree I couldn’t climb.

This tree presented no difficulties and soon I was 20m above the ground. Mandy was belaying me as I threaded a route in and out of branches.

About this moment I heard Mandy talking to the first fireman on the scene. They could not drive into the wood as the trees were too tightly packed. Being about 2m tall and half as wide – the fireman offered to hold Mandy’s rope.

She politely turned him down saying that she too was an experienced climber.  Sensibly he left to help bring in a portable ladder.

By now the girl was just above my head although about 5m to one side.

We were about 30m above Mandy and the girl’s canopy was literally suspended from the very tops of the branches.

In other words on a lot of very tiny twigs. The parachute was not fully inflated – probably caused by snapping a few of the top twigs on its way down.

The portable ladder was a contradiction as it was on wheels and needed several firemen in attendance.

I heard a shout but couldn’t make out what was being said.

I carefully climbed a few more metres and looked at this  damsel in distress. A plan was forming in my mind when I heard a voice below me.

It was a fireman 10m below me on the top of the ladder.

Someone else was shouting but with poor hearing I could not make out what the shouter was saying. I asked the man near me to translate.

I passed on the information but he was obviously unimpressed and I was told to come down.

“Its his responsibility and you are in the way”.

“Exactly how do you intend to get her down?” I asked as calmly as I could.

Then came what I considered to be a really stupid question.

”If you are a climber what have you climbed?”

Fine place to present my climbing credentials so decided to play him at his own game.

It appeared he had heard of neither.

As this had failed to impress him –  I went for broke and added.

Surprisingly that actually got his attention – although he had not heard of the famous duo but being British – had heard of Everest. (How the fk did we once have an Empire?)

I never realised that a high altitude walk carried so much kudos !

I thought it dangerous to continue with my rescue plans whilst involved in arbitration and a three way conversation although the guy just below me was very supportive. It was his boss who was the problem.

By now it was well past sundown and the firemen brought in search lights which completely blinded me.

Then suddenly I heard the noise of what sounded like a large helicopter.

“What’s that ?” I yelled now totally deafened by the engine and blinded by the lights.. It was starting to feel like the film “One flew over the Cuckoo’s nest’ or maybe Bruce Willis was about to appear and everything would be alright.

“A Wessex.”     That is not a small helicopter I thought.

“If that flies above her it will blast her to earth – the branches are already snapping.”

They wanted me down – out of the way. I wanted to save the girl’s life.

I wedged myself in the bow of two branches that I hoped would support my weight – untied my rope – shouted to Mandy to pay out 5m  more then tie the rope off to the bottom of the tree. I tied an overhand in the end – clipped the one karabiner I had in my pocket and said as calmly as I could to the girl.

“Listen carefully – do you remember how to jettison your parachute?”

“Ok well I am going to try and throw this karabiner over that branch above you – I want you to clip it onto your harness and tell me that you have done that 100% certain – then I am going to tell you to unclip the cape-wells  ( Quick- release mechanism) on your harness – put both thumbs through the rings – hold your breath and pull them both together.”

I hoped this was going to work because if she got it wrong then she was going to fall 30m to her death watched by a couple of dozen firemen witnessing my stupidity and I would be in deep shit.

“As you jettison your parachute you will probably fall about 4m but the rope is tied to the bottom of the tree. Then Mandy will lower you down to the ground.”

I heard the helicopter start its engines. They were coming to kill her or so I imagined.

“Ok – lets do it”.  A final check with Mandy confirmed that the rope was tied off and that there was enough rope to lower her down.

Mandy & helpers then lowered her to the ground where I assume she lived happily ever afterwards. I never saw her again. By the time I climbed back down the tree she was gone as if she had never existed.

Maybe she hadn’t – maybe this was all my imagination.

A dream where I was the reluctant hero.

Six weeks later the Devon Fire Brigade wanted to present me with some kind of civic award for something called bravery ‘beyond the call of duty’. Nonsense words – There was nothing brave about what I did  I was just a little boy who climbed trees and bullshitted about Everest.

There was another man at this ceremony who had rushed into a burning building and pulled out a little girl. That was bravery.

Finally a fireman came up to me – the one who had been on top of the ladder – ‘Did you really climb Everest?”